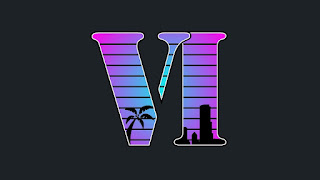 GTA VI footage was leaked by a user with the name ‘teapotuberhacker‘, who shared a 3GB file full of 90 videos of GTA VI footage on GTAForums, which has now been taken down by Rockstar owners Take-Two Interactive as copyright infringement after the video went viral on multiple social media platforms.

In one of the videos, Lucia is seen robbing a restaurant with her associate, In another video, Jason can be seen next to two NPCs, who are talking about Life Invader, the in-game social media platform from GTA 5.

Such leaks as mentioned above led Bloomberg's Jason Schreier in saying “This is one of the biggest leaks in video game history and a nightmare for Rockstar Games,” Adding that this leak is likely to disrupt work for a while and could result in management limiting the ‘work-from-home flexibility'.

GTA 6 is reportedly set in Vice City, the fictionalized version of Miami. The test builds even show police vehicles from GTA 5 with ‘VCPD' (Vice City Police Department) written on them. The voice acting quality and dialogues are said to be very similar to Rockstar Games style.