Share
Samsung released the devices to receive security update not long ago, now the Galaxy A8 Smartphone Security patch update begins on all mid-range devices. 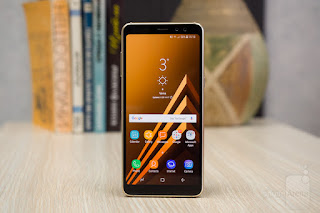 In addition, Samsung fixed five Samsung Vulnerabilities and Exposures (SVE) that were discovered in its own software with this patch.

Samsung is rolling out the firmware version A530FXXU2ARB9 for the Galaxy A8 (2018) Device to all users. This update is rolling out gradually and might take some time before it's available to all.

- To Download Galaxy A8 (2018) March Security Patch, you will receive a notification.

Also, A8+ Update might not be far from now. Your ideas are highly welcomed.
PublisherWisdom UchePosted atSaturday, March 10, 2018 Post a Comment
Labels#security, #Security Patch, #Tech news