Share
Kingdom Hearts: Birth by Sleep is an open world role-playing and action game for play station portable which can be played also on PPSSPP Emulator. Kingdom Hearts Birth by Sleep PPSSPP Iso Android game features three main characters. Terra, Aqua, and Ventus. They all wield the keyblade and this makes them travel other worlds seeking who is worthy of the keyblade. This game's story-line is very entertaining, you'll definitely enjoy the game. 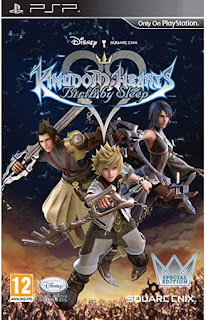 In the beginning of the game, you will be asked to choose one character - they are stated above. Ones you choose and start the story, you wouldn't be switching players like Dissidia Final Fantasy game or other RPG Games, you'll have to play through and see how it ends. If you will like to use a different character, you'll have to start the game from the beginning. 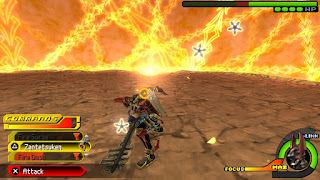 As you play Kingdom Hearts Birth by Sleep PSP For Android ( Without Cheats ;>) you'll be able to unlock some cool items by exploring, defeating bosses and solving smaller problems which lead you to your goal. The game relies mainly on techniques, it's not an easy game, you'll have to neutralize your enemies and defeat them to progress. 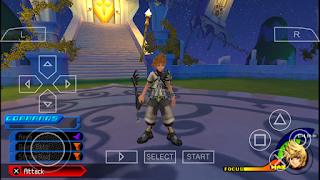