Share
Twitter CEO and co-founder Jack Dorsey's account was hacked and this shows how vulnerable even the most high-profile social media accounts are. Jack Dorsey's has over 4.2 million followers and he is the co-founder of Twitter, hate and racists tweets were shared on his hacked account. 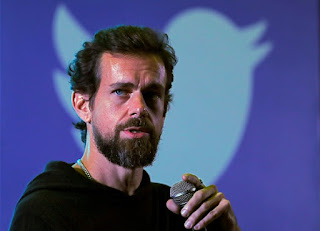 The Twitter CEO and co-founder account began sharing tweets and retweets which includes obscenities, shout-outs, threats and racial slurs. These tweets remained in his account for over 30 minutes before it was brought down by twitter.

Many of the unauthorized tweets were tagged with #ChucklingHella, and some tweets were - "Intel is there's a bomb at Twitter HQ," read one of the tweets. "Shoutout to Ron and Kyle".

The company said on Friday that the phone number associated with Dorsey's account "was compromised due to a security oversight by the mobile provider.". So this made the hacker easily use the phone number to send and compose tweets via text message using twitters tweet-via-SMS feature.

It has been confirmed to be fixed, and no information was compromised on their system. The threats such as the bomb threat were confirmed by twitter to not be credible. Also, the accounts mentioned on Jack's profile were also suspended.

This issue raises the questions about the low-security on high-profile accounts on the largest social media platforms. High-Profile accounts should be able to have Good security knowing the fact that their accounts will be the main target of haters. This can be bad if their accounts are compromised, for example, Donald Trump uses Twitter to share news and opinions, if compromised, a hacker could use his account to post fake claims or even pose the threat of war within the few minutes it was hacked.

Also Read: Download TwitShot To Add Tweets With An Image