How To Get WhatsApp Splash Screen Feature on Your Android Device

Share
WhatsApp for Android beta 2.19.297 has now been released, it brings a new Light Splash Screen feature for its users. What Splash Screen does is to show up an initial page that loads for like a second or two each time the app is launched. This has been spotted on the "UcheTechs" Android App, check it to see how it work. 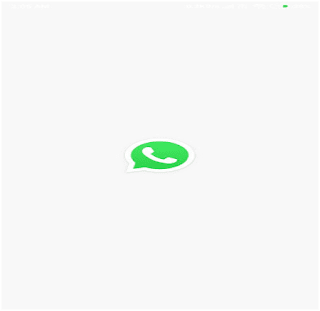 This new launch shows a WhatsApp logo with a white background just like the new Business beta which was launched a few days ago. The Dark Splash Screen feature might soon be available too for Android users and iOS after this White Splash Screen in beta.

See Also:
The beta 2.19.297 comes with other updates that have been broken down by WABetaInfo. This is what they said we should take note of:

The tracker said this feature was spotted in WhatsApp Business beta for iOS 2.19.110.21 before being released on Android Beta recently. Beta users can try this out - if they applied for the beta program testing on Google Play, but if not, get the direct Apk.

Nevertheless, the tracker Said, "Some users might get the Dark Splash Screen, even if the Dark Theme is not enabled. It's a bug that also makes the bubbles dark, sometimes." Although the Dark Mode isn't yet available, and there isn't any release date yet, it is good to know it is under development as confirmed by wabetainfo (tracker).

See Also:
WhatsApp feature updates might also include messages self-destruction which can be seen on Telegram messenger Application for iOS and Android.