Share
When one goes, another comes in - Champion Of The Fields App is a Soccer Game available for play on Android devices and iOS devices. This game is officially licensed by FIF Pro so they have a license to over 65,000 professional footballers. Champion Of The Fields v0.97.1 Apk has been shared for direct download, the game is not up to 1GB in size, also it has cool graphics, Offline to Play, Nice gameplay and multiplayer. 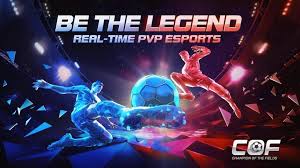 Champion Of The Fields v0.97.1 Apk is a new game, it can be a replacement for Dream League Soccer 2020 which is now an online game, also COF 2019/20 is a new game and so far, it has over 10 million downloads. This is a Mobile Soccer Game that has a +1 key control to replicate console gameplay and fun, featuring cross-platform compatibility with PC, iOS and Android.

Related Games:
Fun Fact: Champion Of The Fields App is a mixture of PES 2020 Mobile, Fifa Mobile and Dream league Soccer (Online). The game has the gameplay of DLS, PES Control, Fifa Graphics, so this makes it a 3-in-1 game, isn't that wonderful? The game is compatible with PC, iOS, and Android, it also features realistic fields, unique characters, exciting real-time competition, smooth control, real players and builds your legendary team, wins champions, relishes in the passion and glory of true competition! 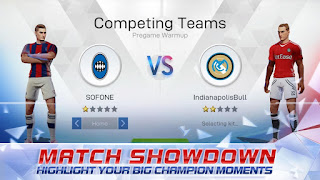 What more does this game offer?


1. Fair Competition: Conquer the Field with Skills
The game closely simulates the charm of soccer game by combining joystick and keys in precise 4+1 key control. Skillful control and teamwork will determine match outcomes. Everyone can show themselves in this game, whether a superstar or a rookie.

2. Real-Time Clash: Free, Smooth Gameplay
High-speed connection for smooth PVP matches. Whether it's shot on goal, through pass, short passing on offense or sliding tackle, marking, switching defenders on defense, as well as skilled moves like long passing, lob shooting, full volley, give-and-go, Marseille turn, etc., you can do with precision via joystick and keys.

3. Recruit Players: Build Your Own Team
You can train any player in the game to a world-class level, or recruit star players to your club! Manage your favorite stars and team to be the best in the world! 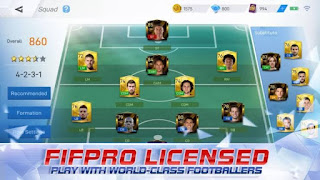 Officially licensed from FIF Pro and features thousands of real pro players from 63 countries, depicted in American comic style to create a real and unique competitive sports atmosphere. Form your own legendary lineup and take the field with today's top stars!

This direct download link is important when the official app on the playstore says it is not available in your country or not compatible. So download Champion Of The Fields v0.97.1 Apk (COF) App for free on Android, I've shared the iOS link too. 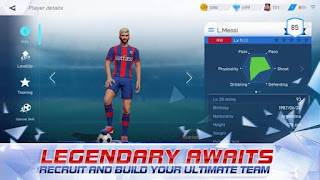 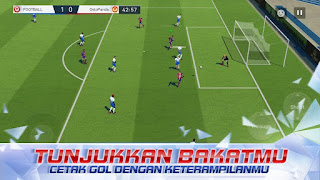 This is for Android installation, iOS devices can easily just download and install the game on their device for free, there are no direct download link provided above.

4. Launch the game and play!

Champion Of The Fields App is a really fun game, it has nice graphics, gameplay, even skills added, this game will really replace Dream League if they fully launch, currently it is not available for all countries or compatible on all devices, but through this article you can now download the game directly, it should be compatible with your phone, hopefully.
PublisherWisdom UchePosted atMonday, December 30, 2019 7 comments
Labels#Android Games, #Games