Share
The Samsung Galaxy A51 5G is now in Development, the device will feature 5G network support and as you might know, this is a mid-range device in the Galaxy A-series smartphones. The Galaxy 51 5G support is a new feature which the standard Galaxy A51 didn't have, rather featured 4G LTE Support, this 5G device internet connectivity will surpass your expectations. 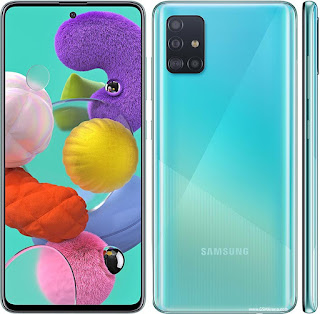 Samsung Galaxy A51 5G has been reported to carry the model number SM-A516N and to feature 128GB internal storage space compared to the standard model SM-A515F which featured a lesser memory (64GB). It has also been known that this device will first be launched/released in South Korea, we are yet to know if it will be available on the Samsung market. Below contains some expected specifications and features of the A51 5G model 2020. 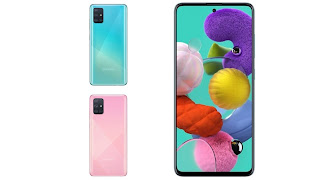 Samsung Galaxy A51 SM-A516N might feature Exynos 5100 5G modem or  5G SoC, just like the Exynos 980 SoC. This enables it for the company to also easily add support for higher network connectivity and improve device performance to reduce device overheating. This probably might be not too expensive as expected since it is from the Galaxy A-series (budget devices).

There are no known official launch date of the device, or an expected fixed price or price range, however, what we know is that it will be launched in Korea and released there first before other places like I said previously, we have no idea if it will be released in the Samsung market simultaneously.
PublisherWisdom UchePosted atSunday, January 12, 2020 Post a Comment
Labels#5G, #Galaxy A51, #Latest Phones and Gadgets, #samsung