Share
Samsung Galaxy A20s has been revealed and this is part of SAMSUNG'S A-series which features triple rear cameras, fingerprint sensors, 6.5-inch HD+ screen, and an octa-core SoC. 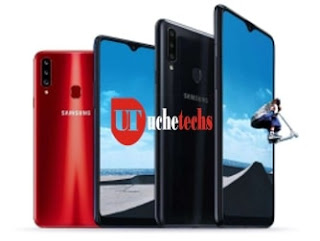 The Galaxy A20s official price has not to be revealed by Samsung, but other details like the color were released. The smartphone comes in Red, Blue, Black and green colors and these color availability is based on the market.

The Samsung A20s 3GB RAM + 32GB storage variant is priced at RM 699 in Malasia, so possibly, this might be an expectation for the full release global. The RAM and other key features of the device have been released. 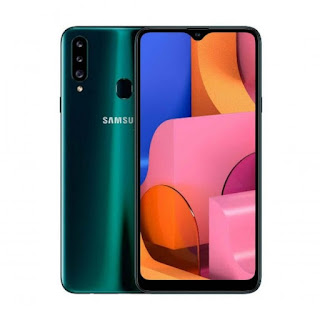 The Samsung Galaxy A20s runs on Android 9 Pie, it also features Dual-SIM (Nano) while the display is Infinity-V 6.5-inch HD+ (720x1560 pixels). The phone is also powered by an octa-core Soc which is clocked at 1.8GHz and has 32GB internal memory and 3GB RAM while the external SD can be expanded more than 512GB. 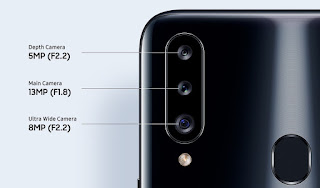 
The A20s features a rear fingerprint sensor which can be used to unlock the device rather than using pattern, face unlock (supports that) or passwords. The device connectivity supports 4G LTE, Wi-Fi Direct, GPS, Bluetooth 4.2, Wi-Fi 802.11 b/g/n, Glonass, Beidou, and Galileo.