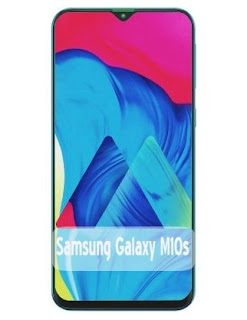 The Samsung Galaxy M10s launch date has not been known yet, but we've seen some features the device will be coming with through its manual. The device will likely be launched after the upcoming Glaxu M30s and Galaxy A50s devices.

Looking at the official manual below, you can spot the fingerprint recognition sensor at the back of the device, also the device is set to Pack with USB Type-C Port, Infinity-V Display and Multipurpose Jack (USB Type-C) instead of the popularly known Micro-USB port.


The Samsung Galaxy M10s proximity sensor is near the front camera, the phone also comes with a dual-camera with one Rear LED Flash Light with the wide-angel shooter. The MicroSD card slot has also been revealed to be located at the opposite if where the volume buttons are located, it has not to be known yet if it's Dual SIM Supported.

The device software specifications are yet to be revealed, the device has been rumored to come with Android 9 Pie, 3GB RAM, Exynos 7885 SoC, and Wi-Fi b/g/n with 2.4GHz band support. These were the only features we are expecting to see on the Samsung Galaxy M10s.

There are no official price yet, when its revealed, you will be updated on uchetechs. Comment below and share with friends.
PublisherWisdom UchePosted atTuesday, September 10, 2019 Post a Comment
Labels#samsung, #Samsung Galaxy M10s, #SamsungM10s, #Tech news