Share
Activision COO Coddy Johnson made it clear that there will be a new Call of Duty 2020 game coming in Q4. He also hinted that there will be more remasters down the line, this is just after their previous remasters of Spyro and Crash Bandicoot. Here are the official statements coming from Activision President. 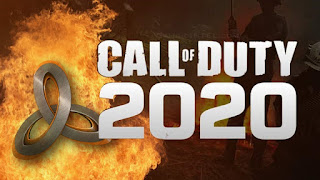 He added, "So across console, PC, mobile and esports, the Call of Duty franchise has never been better positioned for growth and there is more to come, including entirely new experiences within the Modern Warfare universe, and then, of course, in Q4 of this year, a new premium Call of Duty release, which is already generating excitement in our play tests."

Also Read:
Activision's Kotick also said, “Our recent Call of Duty success illustrates the scale of our growth potential, as we expanded the community to more players in more countries on more platforms than ever before. With our strong content pipeline across our franchises and momentum in mobile, esports, and advertising, we look forward to continuing to delight our players, fans, and stakeholders in 2020 and beyond. “


Activision surprisingly said when compared to the previous release, i.e. Call of Duty: Black Ops 4, they don't think their next installment in the franchise will be better. But despite that, they keep releasing games yearly, hoping to please the fans and not keep them waiting.

Kotick takes about modifying the known IPs "Stay tuned for some future announcements, but beyond pure remasters there are a lot of opportunities now to innovate and think about totally new content within these IPs."
PublisherWisdom UchePosted atSunday, February 09, 2020 Post a Comment
Labels#Games, #Tech news