Share
iPhone SE announced in 2016 has an updated version coming up this year called iPhone 9, or iPhone SE 2, it has been rumored to launch mid-march by a Tipster Evan Blass. This fresh leak is coming from a reliable source, they confirmed that Apple will launch the iPhone SE 2 in mid-march, just around the same time as its predecessor years back. 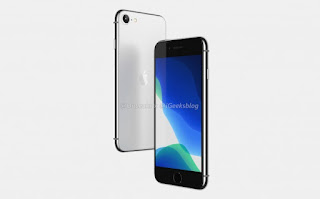 Several reports say the same thing about the launch date of the iPhone SE 2 (iPhone 9), @evleaks, has shared via a tweet that the iPhone SE 2 aka the iPhone 9 will be launched in the midst of March, while earlier this month, another reliable source said Apple is targeting a March, and if you remember, we've talked about the iPhone SE 2 release date and specifications around October 21st, 2019.

Nevertheless, Apple is known for launching a ‘low-cost' iPhone within the March calendar, adding that assembly work for the new handset will be split among Hon Hai Precision Industry, Pegatron and Wistron.

The iPhone SE 2 most likely will look like the iPhone 8 but with upgraded internals, which is why the device is called iPhone 9 by fans, although the company doesn't see it that way. The iPhone SE 2 will feature the Touch ID fingerprint sensor and a 4.7-inch IPS LCD Retina display.

It has been rumored to have A13 Bionic processor and a single rear camera. details about the camera features and screen resolution are not known, for now, LEAKS will surely surface as we near March.
PublisherWisdom UcheDate & Time2/09/2020 12:30:00 PMcomments Post a Comment
Tags#Apple, #iPhone SE 2