Share
The Samsung Galaxy Z Flip specs have been surfacing online, both the hands-on video and renders, but Geekbench has released some confirmed internal specifications of the Galaxy Z Flip, this can be seen on the site's database. It reveals that the smartphone features an octa-core Qualcomm SoC - tipped to be the Snapdragon 855+. More confirmed specifications have been leaked such as OS. 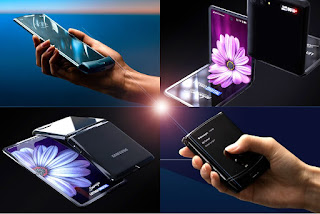 The Samsung Galaxy Z Flip Operating System runs on Android 10 from the box, it has been rumored to come with the custom One UI 2.0 skin on top, obviously. Looking at the benchmarking database, it mentions the model number of the upcoming foldable phone – SM-F700N scoring 725 in the Geekbench v5.0 single-core test.

This Samsung's next foldable phone will be priced at $1659 (EUR 1,500) in Europe and $1,399 in the US. After the launch event on February 11, the Galaxy Z Flip will go on sale three days after the event which is the 14th of February.
PublisherWisdom UchePosted atTuesday, February 04, 2020 Post a Comment
Labels#Latest Phones and Gadgets, #Phone Specs, #samsung, #Samsung Galaxy Z Flip