Share
Dead Effect 2 Game is a must-have game for every Android gamer, it is an action, Zombie, FPS and sci-Fi game which can be played offline. This game can be played offline and for free, it was once online, but the developers (Badfly) changed it to a fully offline game for Android users. Now, download Dead Effect 2 Mod for Android in 2020, really working and tested link. 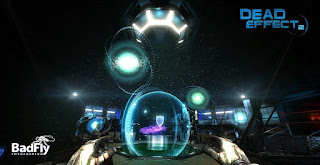 This game is 1.72GB in size after full download, it works on devices with even 1.5GB RAM, the game doesn't lag and it is compatible with many Android devices. You don't need to log in or signup before playing the game, all your data are saved locally on your device. Dead Effect 2 is still on Google play and this space zombie game can be downloaded for free on iOS devices.

Personally, I find it difficult to complete the game story, the reason is that the game is extremely difficult and you need to be fast in other to progress to the next mission in the game, but I like the game since it's challenging like that. There are many weapons to choose from if you get the Mod, though I prefer using the official app rather than Dead Effect 2 Mod so I can enjoy the game.

Anyways, the game has many cool features, but I'll like to consider just the key features that will urge you to download the game on your iOS or Android phone, so without more words, here we go! 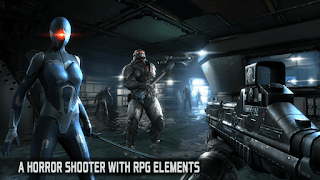 Check Also:
Imagine an Android game featuring console-like graphics and gameplay, and the best part is that it is now an offline game? Dead Effect 2 App portrays that, you get the real feeling of playing this game as if you were playing on a gaming PC or consoles like PS4 or Xbox One, this can be noticeable even more from the enhanced audio of characters.

After the download subheading below, you will see several links to different Apk of the game, it's just the official version and the Modded version which is a direct download link from an external website. 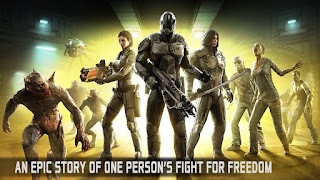 Installation is very easy, especially when you just download Dead Effect 2 App straight from Google Play on Android. It is a bit easy though for direct download like the Mod Apk, though you'll need to understand the installation of Android games so your downloaded files are not deleted.

Before we begin with the obvious numbering of guides, there are some important information you need to know below; 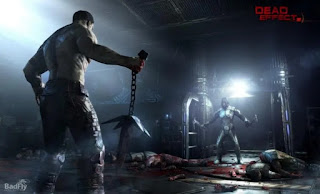 Dead Effect 2 Android game package name is com.badflyinteractive.deadeffect2, this is the default folder name for both the OBB and Data Folder, this applies to the file names. Now, this game doesn't need Data File downloaded, it will be automatically created when you play the game, these data files are your saved games which are stored locally on your device. Also, make sure you never open the Apk of a game that has OBB or Data Files, doing so will duplicate the folder in which you have the file already and then delete the file inside the folder, leaving you with just an empty folder. So knowing all these above below is how to install Dead Effect 2 Mod on Android.

3. Extract the ZIP file and you will see the uncompressed OBB Folder/File.

4. Move the OBB to your Internal Memory > Android Folder > OBB Folder and Paste it

5. Launch or Install the APK if you haven't and enjoy unlimited Ammo, Credits, Crystals for free.