Just Cause: Mobile announced at The Game Awards 2020

Just Cause: Mobile game has finally been announced, this was done on The Game Awards today which showed a list of best games for 2020 such as Among Us. Just Cause Mobile is an isometric action-shooter game that is set in the Just Cause universe, the same as the PC and consoles version. Here's what you need to know about the game, we have also embedded the official trailer. 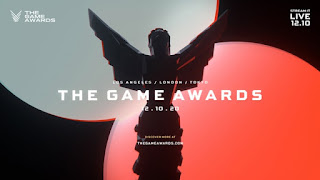 Just Cause 4 is the latest version of the game, it was just a matter of time for Square Enix to develop and announce the Just Cause 4 game for Android and iOS, though there is no official release date for the game yet, it will launch the next year 2021. After the trailer unveiled, looking at the comments from fans, you can see that it seems like a disappointment to them, not what they expected and it could probably be a pay-to-win game, but no conclusions yet till after the launch.

Just Cause 2 Mobile comes with an action-packed story campaign with a multiplayer mode that supports up to 30 players, there are also 4 players Co-Op missions mode. The game will be free to download and play, but with the supports of in-app purchases which made fans conclude it could be a pay-to-win game, but the company promises to share more info concerning the in-app purchase.

The Game Awards 2020 was very interesting, we saw a lot of updates from games, awards, and also new releases. For the Best Performance | Best Narrative | Best Game Direction | Design | Game of the year and more, The Last of Us II won them. The best Mobile Game award & Multiplayer game of the year went to Among Us, Call of Duty Mobile didn't win this surprisingly.