Samsung Galaxy S21 series which will be launched in India in the coming week has gotten leaked online, now the full specifications and price has been revealed. The smartphone is expected to come with a flat AMOLED display design and triple rear cameras, we've reviewed the specs and what you should be expecting. 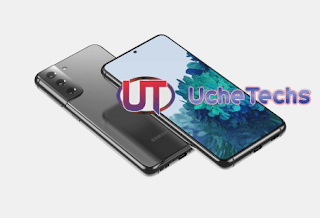 The global launch could take place on January 14th as speculated by news media like TechQuila, this means the India launch could happen in late January 2021, as reported. Ahead of the Samsung Galaxy S21 Series launch, Samsung's Opera House has begun taking “exclusive blind pre-orders” for the Galaxy S21 series in India.

The phone comes with an all-new ultrasonic fingerprint sensor that would be 1.77 times bigger than its predecessor, S20. This sharp fingerprint unlock is able to unlock the device with just one finger tap. It has also been rumored the Galaxy S21 series will come with a Samsung processor - Qualcomm Snapdragon 888 SoC. Specifically, the Galaxy S21 Ultra features a curved display with quad (four) rear cameras compared to the S21 which features a triple rear camera.
What do you think about this new phone specs, join our Telegram channel for more tech news like this. Don't forget to share with your friends.
PublisherWisdom UchePosted atThursday, December 10, 2020 Post a Comment
Labels#Phone Specs