Samsung Galaxy Note 10 and Note 10+ users are now receiving the stable version of Android 11, they are also getting Samsung One UI 3.0 update. This new update comes with December 2020 Android security patch, users in Germany, Spain, and Switzerland are getting this update first before it surfaces to other users later. 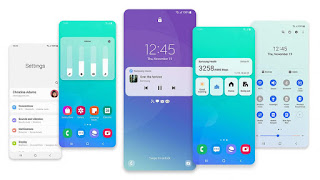 SamMobile reported that the Android 11-based One UI 3.0 update for Samsung Galaxy Note 10+ and Samsung Galaxy Note 10 firmware version is N97xFXXU6ETLL. It can be updated easily through the system settings, follow this method: Open "Phone Settings", "System Updates", "Check for system updates", "Download Now", so wait for it to download completely before installation.

What does the One UI 3.o bring? It comes with an improved dynamic lock screen, updated stock apps, refreshed UI, rich keyboard, improved security and performance, lock-screen widgets, and some other features that could be rarely used by most such as chat bubbles and one-time permissions. 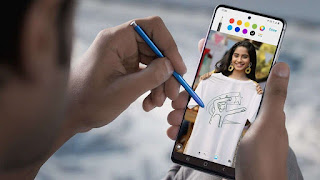 Overall, this new update is focused on the UI re-design which makes it easier for users to operate their smartphones. This update does not bring lag to your device or crash, it works perfectly and you can make use of all features on your Samsung device.

As said earlier, you can check for updates via your system settings, but if you do not see the Android 11 & One UI 3.0 on your Samsung Galaxy Note 10 and Note 10+, then you need to wait a bit, it is still being rolled out to more users, it should have reached 70% of users in the coming weeks.