How To Download Shadow Fight Arena Play Store On Android

Shadow Fight Arena App is the latest development from NEKKI Action Fighting Games company. Now you can download the Shadow Fight Arena Play Store game on your Android device, this game is a PvP Fighting game with intense graphics, support for Ranked Multiplayer, Local and also practice mode. There are so many characters to unlock, so here is how to download and install the game on Android. 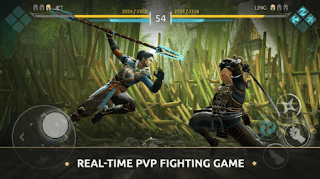 Shadow Fight Arena App Store is also available for free download, it was launched on August 14th, 2020 for closed testing and since then has gotten updated several times with new features. So if you are an iPhone or iPad user, you are not left out, get the game installed on your device and play Ranked Match with iOS users or Android. The game size for Apple Smartphones is 2GB, while it's compatibility is iOS 11.0 or later.

Focusing back on Shadow Fight Arena Play Store users, the current update is version 0.4.22 and this features a new gameplay tip on the matchmaking screen for new users like you, balance fixes, and minor fixes. Previous updates added Training mode, new hero introduction such as Hong-Joo, graphics options such as Ultra. Shadow Fight Arena App was recently updated for Android users on December 30th, 2020, so you can be sure to get a monthly update with improvements and more device support.

If you want to know why the game won DevGAMM Awards for the Best Mobile Game of 2020, here are the features. 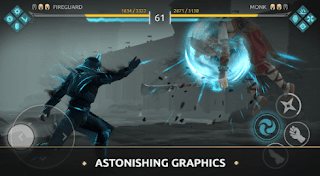 Top-level 3D graphics and realistic animations come together to provide you with the best-looking epic fighting action.

Control your hero like in the best classical fighting games and get a console-level battle experience on your mobile device.

- Make a team of 3 heroes and battle in online multiplayer mode. You score a victory in a fight, only if you can defeat all of the opponent's heroes in an epic battle. Or fight offline against advanced, machine-learning bots!

- Build a team of the best warriors, samurai, and ninjas. Collect and upgrade all the heroes — Each one has unique abilities that you can change and adjust to your fighting style.

- Level up and unlock cool ninja talents. Choose the top talents that suit your playstyle, change them, and experiment to boost your battle winrate. Decide which style is the most fun!

- A new season starts each month — get free chests and coins for winning! A subscription gets you access to the premium cosmetic items, and lets you collect free bonus cards without ads.

- Find out who the top Shadow Fight player is: challenge a friend to a PvP duel. Send an invitation or join a friend who's already playing — you can do some serious practice or just beat each other up!

- Arena is easy to learn, but to become a true master in multiplayer mode, you'll need to watch tutorial videos, practice with friends, and be part of our active community.

- Enter tournaments for rewards and cool new experiences. The top place will bring you fantastic prizes, but a few losses, and you're out. Enter another tournament to fight for the win again!

- Chat with other players on Discord, in our Facebook group, or on Reddit. Be the first to get all the latest news and learn the secrets of other players. Invite your friends and have fun! 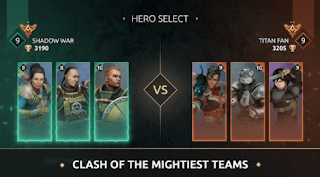 The game can easily be downloaded on Google Playstore on Android, but if you also do not want to download directly from there, we have provided the direct download link from Rexdl, we give credit to the website. The direct download link means you can also play it on your PC/Computer using Bluestacks.
⏩ Download Shadow Fight Arena (Playstore)
⏩ Download Shadow Fight Arena App (Apk + Data File)

iOS users (iPhone, iPad, iPod) can only download the game from Apple Store, it is free this time so you do not have to pay the developer to play it. Below contains the direct App Store link so you can download it on your device.
⏩ Download Shadow Fight Arena App Store

How To Install Shadow Fight Arena Play Store For Android

This installation guide is for those that downloaded directly without using Google Play Store. After you downloaded the Apk and Zip file, you will see it has some folders, so let's get to it.
Note: You can turn off your internet during an offline match just like eFootball PES 2021, but after a match, you will need to turn it back on for your progress and achievements to be saved. There is no need for login, your progress will be saved with Google Play Services.
Related Games:
PublisherWisdom UchePosted atFriday, January 01, 2021 1 comment
Labels#Android Games, #Games, #Shadow Fight Arena