Share
Have you been looking for the best Offline Football Games Free Download for Android Devices in 2021? This site will be the last website you will visit concerning this topic because you have met a Gamer who have played the best offline Soccer Games For Android. 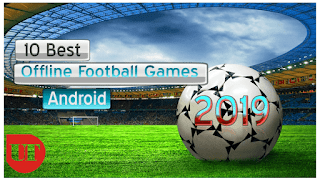 Offline Football Games Free Download for Android are the best because you don't need to have any Internet before playing, you can also play them for free and most of them are low in size. I dislike Online games the way you do, and I am sure that's why you searched or visited this post.

Many Android users aren't a Fan of online games because of the lack of data and too much data consumption. Also, if you have low Internet speed or low connection, playing the game will not be fun since the gameplay will suddenly slow down. One Android Football game this can be noticed on was FIFA 16 which could only be played on Wi-Fi connection and not on Mobile Data. For this reason, I have decided to provide the 10 Best Offline Football Games for Android with HD Graphics in 2019 which can be played offline for free.

Before going to the list, the best Online Game for Android with low MB consumption is Pro Evolution Soccer 2019 (PES 19) for Android. Although the Football Game is online, it is among the few Android online games that use little MB in playing like Clash Of Clans Android. But if you are like me that played the game and didn't enjoy it to the fullest because it's online, then let's head straight to the point. Below are the Best Offline Football Games with a free download that you can play on Android in 2021.


When it comes to offline Soccer Games with High Graphics, addictive gameplay and low in Size, no Android Football game can beat Dream League Soccer 2019 (DLS 19) for Android. 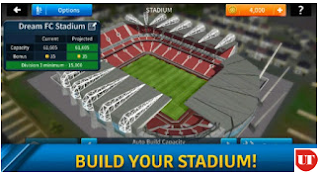 In Dream League, you can buy and sell players, change kits, play offline and online multiplayer with friends and users around the world. Also, you will be given a team to build to the top, while you play, your team keeps getting better and better, you will play against top teams in your league, Elite Cup or Global Cup Challenge and you are expected to be among the Top 4 to be promoted into a harder division.

Also, you can customize your team logo and kits, stadium - (name, color, pitch) and even change the team's name anytime you want. Get your dream team an official team's kits and log like Atletico Madrid or FC Barcelona. 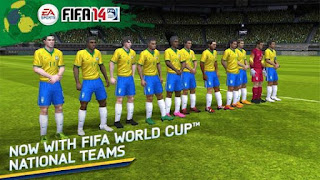 Also, this game is very similar to the latest FIFA Mobile Soccer Game which is an online game. The only Big difference is that FIFA Mobile Soccer is regularly updated with the latest transfers and real world player updates and data. This means FIFA 14 should be considered, it contains HD Graphics, commentary, CUPS and World cup teams, league matches and Manager Mode.

By default, this game is locked and you need to pay to unlock the game or you will be limited to only daily matches. But I have provided the only unlock method through the link which you cannot see on the Internet expect through UcheTechs Blog.


First Touch Soccer 2019 (FTS 19) is not an official version, this is FTS 19 Mod which was created from the last version FTS 15 by Fans. FTG First touch Games refused to update this game due to the success of Dream League. 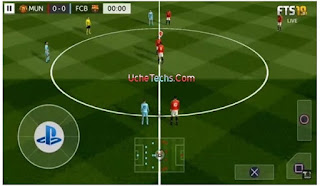 FTS 19 should have been the overall best Football Game for Android whether online or offline but it wasn't updated. The Mod version has been a very good surprise to users, it has HD Graphics, Updated team's faces, competitions, and leagues. The game includes Champions League and UEFA European League as well WC 2018 teams and official logo.

Also, the player's ability has been updated and the overall rating. This game is very addictive and Fun to play, there will be no real updates like multiplayer and the rest but we hope FTG hears their fans voices to bring back First Touch Soccer Game.


This Game is a very old game but it can't be left behind. PES 2014 for Android merits the 10 Best Offline Football Games for Android in 2019 because of its graphics, competitions, smooth gameplay and commentary. 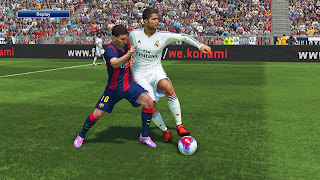 The game is loved by Fans because it is small in size and it's worth playing. The game has old players for 2014 and also includes World cup 2014 teams and updates. The game also has inbuilt music, addictive gameplay, and GUI.

If your Android device can't play a game that occupies 300MB Ram then this game is the best for you, it doesn't include OBB & Data Files, with just the APK, you can install and enjoy!


Real Football 2019 (RF 19) game for Android was just updated from the 2018 version with new updates and latest transfers. The game was released by Gameloft, one of the biggest gaming company with so many Android games like Gangstar Vegas, Asphalt 9 and the rest. 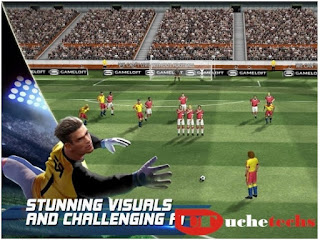 This 32M Game which includes no OBB or Data file already has over 10,000,000 million downloads. The game is updated regularly and was last updated recently on the 3rd of December, this seems to be the last update of 2018.

Real Football has a feature which allows you to build, upgrade, and lead your team to victory. It includes Multiple camera views during cutscenes and PvP World Arena mode Leader board. The game graphics is not the best but its graphics are ok and it keeps getting big updates.

Winning Eleven 2019 is an offline game and it has great graphics, addicting gameplay, and smooth gameplay. WE 19 is a bit similar to PES 14 I reviewed above but Winning eleven has commentary and competition update. This is a mod version and not official, Konami latest game is PES 2019 and it is online. 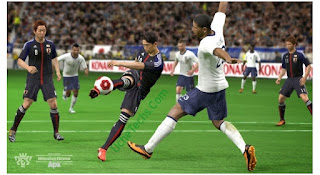 This game has the latest transfers, team data, player updates, and HD graphics. It is small in size and any Android device can play this game on their phone, it also doesn't include additional files.


This game is very interesting and fun to play. This should have been the number 1 best Offline Football game if not the fact it is not an open football game. 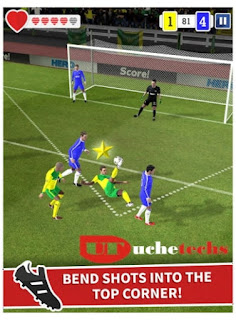 This game contains real-world goals i.e goals that were actually scored by football teams worldwide. It includes world cup 2018 goals, champions league, and UEFA euro league goals and chances. Your aim is to replay those moments and score the goal perfectly.

Score! Hero allows you to take part in regular events for medals and glory! and it also includes HD Graphics and you can Customize your Hero player for a unique look and feel. The game is regularly updated and it is also small in size.


This is still the best Offline Football game and it is still popular till date. One of my best Android childhood game, its graphics is as good as some Soccer games for Android. WE 12 Warkop is known for it's Liga MLS, Liga MX, Cambodian League, and other competitions updates. 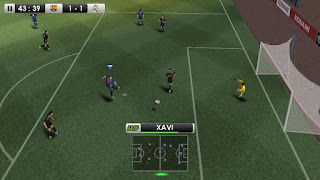 The game also includes the official Uefa champions league competition, music, and GUI. Also, you can play home and away matches and see results in the match. 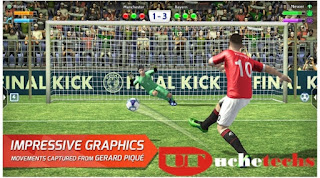 With its regular updates, you can enjoy penalty shots as if you were playing in the 2019 Soccer Cup final. Play for free with the best teams, making the greatest goals. Perfect your football shots, shoot with special effects and make the greatest saves to become the world champion.

If you are new to SkillTwins Football game then you should quickly download it. This game is known and popular for its addictive gameplay and skills. There are many skills to perform, use your skills to pass defenders successfully and score!. 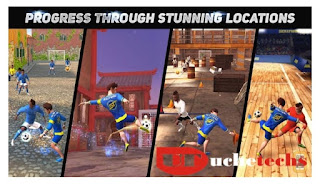 The game has more than 10,00 levels and it's intact with amazing places like USA, China, Australia, Malaysia, Egypt, Italy, Japan, France, Brazil, South Africa, England, India and many more!

SkillTwins Soccer Game has 25 unique skills & tricks for you to unlock & perform - just like the twins do - recorded in a Motion Capture studio with Jakob & Josef to capture the realistic and true SkillTwins feeling! Freekick, skill and strike exactly like they do.

Based on experience, I have reviewed the 10 Best Offline Football Games free download for Android 2021. This is the best, honest and perfect review you can see anywhere. I have played practically all games listed here and that's how I am able to list the game accurately without bias.