LG Withdraws From Manufacturing Mobile Phones Due to Losses

South Korea's LG Electronics said they will withdraw their mobile manufacturing due to losses, this was announced on Monday by the company. This move makes LG the first major smartphone brand to completely withdraw from the phone market as Windows Phone did years ago. 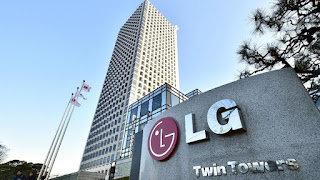 The company has $4.5 billion in 6 years, and so they decided to drop out totally from mobile device manufacturing, they now aim to focus their growth on other areas such as electric vehicle components, connected devices, and smart homes, it said in a statement.

LG in its early days when the company was better, they were among the first to market several cell phone innovations such as ultra-wide-angle cameras and in 2013 was the world's third-largest smartphone manufacturer behind Samsung and Apple.

But later the company faced backlash from analysts concerning lack of expertise in marketing compared to Chinese rivals., the phones also suffered software and hardware issues. So to compare their shipping with Samsung, LG shipped only 23 million phones last year compared to Samsung's 256 million.

SEE ALSO: How To Turn Off Screen Overlay Detected On Samsung Phones

"In South America, Samsung and Chinese companies such as Oppo, Vivo, and Xiaomi are expected to benefit in the low to mid-end segment," said Park Sung-soon, an analyst at Cape Investment & Securities.

LG couldn't continue and so they had to stop production, other companies like Nokia, HTC, and Blackberry are yet to take that route yet. But the good news is that LG will still provide service support and software updates for their customers with the existing LG devices for some time, some devices are expected to receive Android 12 OS updates.