Windows 11 Operating System was unveiled last month with a new interface, menu icons, start menu, and improvements. The rollout of this OS is expected to be available for official download later this year, it will be pre-installed on new PCs, while Windows 10 users get a free upgrade from Microsoft. Microsoft has now confirmed that Windows 11 will get just one major update yearly, while regular monthly updates will just be security patches and bug fixes. 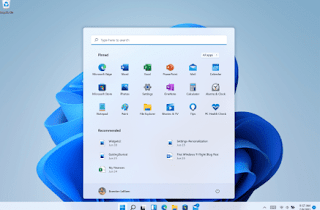 Microsoft has shared more information regarding the feature update and quality update rollout plan for Windows 11 operating system on their official website. They added, "it will provide a single Windows 11 feature update annually, targeted for release in the second half of each calendar year." So this is a big change compared to Windows 10 which gets two major updates annually. However, Windows 10 will still receive its regular monthly quality updates and security improvement for those without a Windows 11 compatible PC.

Microsoft also made it clear that Windows 11 Home, Pro, Pro for Workstations, and Pro for Education editions will receive a free 24 months of support from the general availability date. While the Enterprise and Education editions of Windows 11 get 36 months of support for general availability. Windows 10 will continue to receive monthly Windows 10 security updates through 2025 which is an incremental improvement to Windows 10 to support ongoing Microsoft 365 deployments.

SEE ALSO: Microsoft's BSOD Will Be Changing to Black in Windows 11

Relating to the hardware requirement, Microsoft has said that it has worked with all major silicon partners, including AMD, Intel, and Qualcomm to ensure that Windows 11 can be deployed on most devices out in the market. Unfortunately, compared to Windows 10 that required at least 1GB of RAM and 16GB internal storage to run, Windows 11 requires at least a 64-bit x86 or ARM processor, with 4GB of RAM and 64GB of storage.

Windows 11 comes with so many features we all can't wait longer for, there has been an enhancement on multi-tasking and gaming. There are new HD Windows 10 wallpapers, animation effects, and sound. The most anticipated feature is the ability to run Android apps directly on the OS, this means a VPN app available only for Android can now be used on Windows 11 without the need for a tethering app like Pdanet.