Apple now lets users rate built-in iOS apps in the App Store compared to the previous restriction that allowed only downloaded apps to be rated. Files, Apple Maps, Apple Home, and Apple News can now be reviewed with user ratings public on the store. 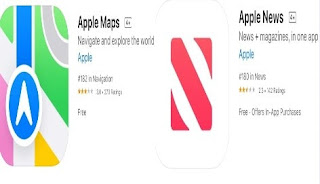 This new development was published by 9to5Mac, they reported Apple lifted the restrictions regarding rating and reviewing of Apple's built-in apps for iPhone and iPads with the release of iOS 15. Apps with rating features include Mail, Music, News, Stocks, and Calculator.

Currently, users have begun reviewing and rating the built-in iOS apps on the Apple Store, though it currently has bad ratings, as more users rate, the overall score may be positive.

Regarding the poor ratings and reviews from users, Apple's Podcast app has the lowest of all the built-in iOS apps. It has 2.0 ratings, the complaints were targeted at the app's redesign. Another with the poor review is the Apple News and Translate app as they have 2.3-star rating and 2.2-star rating respectively.

The Voice Memos app and Weather app does better, 4-star rating and 3.7-star rating respectively. So users are now finally rating pre-installed that has the option to be deleted on their device and can be seen on the Apple Store listings.

Apple's recent ratings will get a better score as more users rate, so if you have an iOS device and wish to share your opinion regarding pre-installed apps, you are free to.