iPhone 13 Launch Today: How to Watch & What to Expect on Apple's Event

Apple's iPhone 13 will be launched tonight, September 14th via Apple's Launch Event. We've gotten some leaks regarding what we should be expecting in today's live event. By 10.30pm IST, the iPhone 13 range is expected to be announced at the event. 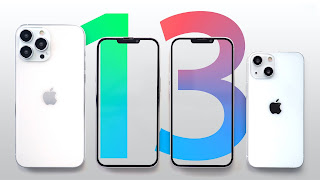 Apple's Virtual California Streaming event invite was sent out o the media last week, the event happens today and interested viewers can head to Apple's event page to watch the event. Furthermore, you can follow up with the event via Apple's official YouTube channel.

The iPhone 13 range may come with smaller notches compared to its last year's versions, it will also have a larger camera sensor which enables it to absorb more light. Both the iPhone 13 Pro and iPhone 13 Pro Max are expected to have better ultra-wide cameras.

The iPhone 13 range is expected to be heavier compared to last year's model due to the reported 18-20% larger battery it comes with. The Pro models will also come with a 120Hz refresh rate, but reports suggest it may be throttled at 60Hz when in Power Saver Mode.

Further leaks suggest that there will be a new video feature called "Warp", which helps users to blur the background while recording video. The night mode feature is also expected to easily recognize when stars are in the scene and internally adjust itself accordingly.

There will also be a new satellite feature that allows users to transmit short emergency texts and send SOS distress signals for crises. So with this feature, the iPhone 13 users can make use of their smartphone as a satellite phone.

During the live event today, the Apple Watch Series 7 will also be launched, the expected specifications were also leaked. While on Apple's Live Event YouTube channel, you can opt in to receive a notification when the event goes live. There may be another article confirming the full specifications after the event.