Among Us Coming to PlayStation, Xbox Consoles in December

Among Us game will finally be making its first appearance on consoles such as PlayStation and Xbox by December 14th, 2021. It will be playable on  Xbox Game Pass, Xbox One, Xbox Series S / X, PS4, and PS5 consoles. 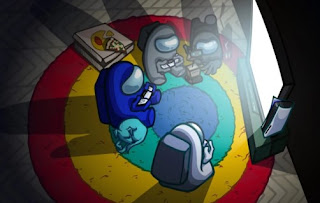 This official announcement comes just months after the initial confirmation by Sony that the game will be coming to Playstation consoles this year. The consoles will have support for Among Us to be crossplay with online multiplayer across mobile, PC, and now consoles.

PlayStation users will have a chance to get Ratchet and Clank-themed cosmetics, they can also make use of skin and hat that makes characters customizable to look like Ratchet or a pet named Clank.

Recall Among Us got massive awareness during the early stages of the pandemic, making it the most downloaded mobile game in 2020. Since then, Innersloth has been rolling out feature bug updates.

According to the report, the physical editions of the game will be released in Us in January next year, while it will arrive in Europe on December 14 this year.