Microsoft's Windows 11 Operating System is now officially available for download around the world. Eligible Windows 10 PCs can now get the free Windows 11 upgrade for free. Upcoming PCs from manufacturers such as Acer, Asus, Dell, HP, Lenovo, e.t.c will also get Windows 11 OS pre-installed. 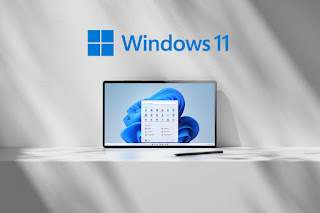 So Windows 11 can be used on New PC models from the manufacturers mentioned above. While eligible Windows 10 devices will be able to get Windows 11 by the middle of 2022 as announced by Microsoft through a blog post. Further, the new Microsoft Surface devices will also be getting Windows 11 pre-installed.

If your PC is eligible to get the new Microsoft OS version, then you will need to regularly check for the Windows 11 update on your PC by going to the Windows Update section, because Microsoft plans to roll out the update in a phased manner. The update availability can also be checked when you download Microsoft's PC Health app on your PC.

Windows 11 can also be quickly installed on your eligible PC through a bootable USB drive or DVD gotten from Windows 11 software page. Furthermore, you can also create a Windows 11 Disk Image (ISO).