Download AetherSX2 Apk latest version alpha – 1021 for Android, this is a new free PS2 Emulator for Android. With this emulator, you can run PS2 games on your Android device. 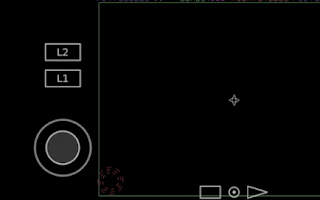 AetherSX2 Apk allows you to run iso files on your Android device, despite it is suppose to be used on PS2 console only. With the help of this new PS2 Emulator, you can play PS2 games on your phone for free.

Currently, AetherSX2 PS2 is still in beta stages, so you'll probably face some bugs while running it. However, you can still run some games or PS2 roms without noticing those minor bugs. When the stable release is finally available, the PS2 emulator.AetherSX2 Apk - PS2 Emulator for Android will work as intended.

AetherSX2 emulator key feature includes an on-screen control button which means Android users does not need to get an external control game pad to play the game, though the app supports external game pads.

The recommended devices GPU to run AetherSX2 as confirmed by the developer are PowerVR GPUs, Mali GPU devices, and most importantly users should have an Adreno device. If you want to have a very good experience with the emulator, you also need to have at least 3GB RAM+.

Features of AetherSX2 on Android

Below are the features of AetherSX2 on Android:

Link below takes you to the page where you can download AetherSX2 Apk for Android device.

Note: Use Xapk Installer To Install The Xapk File Above