During the Call of Duty: Next event on Thursday, Activision announced Warzone Mobile and Warzone 2.0 updates for PC and consoles. Finally, Call of Duty Warzone is coming to mobile, here are some interesting details. 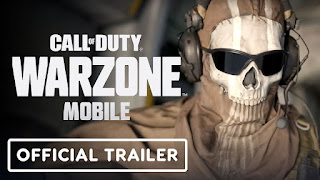 Call of Duty: Warzone Mobile will be a better version of Call of Duty Mobile Battle Royale, in fact, a replicate of Warzone for consoles is what you should be expecting. Also, the game will support up to 120 players on a large map, supporting social features (friends and chat) and cross-progression modes.

Just as CODm does, Warzone Mobile will be getting regular mobile-specific events, playlists, and content, with “deep customization options.” Call of Duty: Warzone Mobile pre-registrations are live now for Android, it will be launched worldwide on Android and iOS devices in 2023.

As for Call of Duty: Warzone 2.0, it is expected to come with new updates such as a new huge battle royale map, Al Mazrah which is a crafted arena, built from the ground up, featuring coastal towns, deserts, rocky peaks, and an entire city to explore.

The game update also includes a new map set in Western Asia that introduces combat on land, air, and sea, presenting new challenges and scouting opportunities, as you circle around enemies via a motorboat or a chopper. Warzone 2.0 launches November 16, on PS5, PS4, Xbox Series S/X, Xbox One, and PC via Steam and Battle.net.