Share
Red Dead Redemption 2 is finally coming to PC users after it's arrival on consoles such as PS4 and Xbox back in October last year. The game is an open-world Wild West game that was published by Rockstar Games - owners of the GTA Series. 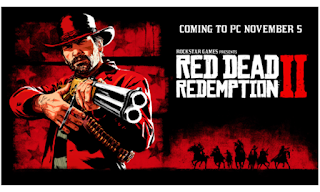 The game will come with new graphical and Rockstar Games. In addition, the Red Dead Redemption 2 PC version is categorized as an Action-Adventure game while the specifications are yet to be known.


Rockstar Games will launch the game's PC version on November 5, which is just early next month, while the pre-orders will begin on October 9 i.e 3 days from now. 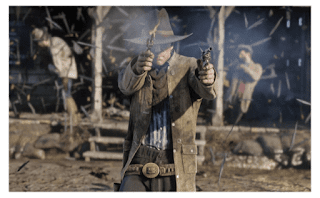 Those who want to pre-purchase the game digitally can get it through the Epic Games store or any other "digital retailers" starting from October 23.

You should be expecting free access to Red Dead Online which lets you get all the latest updates, collectors and Bounty Hunter. In addition, you will see some several graphical and technical enhancements along with new Bounty Hunting Missions, weapons and more.