Fortnite Adds 'The Spy Within' Mode Very Similar to Among Us

Fortnite adds a new mode on their LTM (Limited time modes) which is The Spy Within, this new model is very similar to the popular multiplayer Among Us game. The Fortnite game brings two spies in a match and other players who will have to find out the spies and eliminate them before they do so themselves. 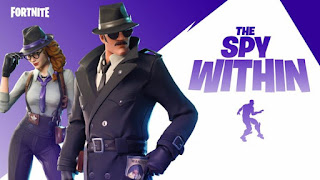 The LTM playlist on Fortnite includes teams of game creators such as DolphinDom, KKSlider, Bunni, Wert, Blanky, and more. In this mode, players will have to figure our spies (AKA imposters as known on Among Us) and eliminate them so they don't complete their objectives. In Fortnite, the crews are called "The Agents", they are the ones that have to complete their objectives such as gathering gold coins in order to win.

SEE ALSO: Among Us Now Available on Nintendo Switch

Exactly how Among Us have some limits, on Fortnite The Spy Within Mode, players are not able to speak with each other unless an urgent meeting has been called. This meeting can be called when a player feels he has suspicions about another player, this is where players will have a discussion by voting and concluding which player could be a spy and then sent out of the crew (The Agents). 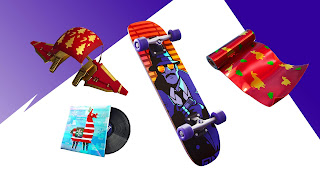 As a Fortnite player, when you complete The Spy Within Challenge Pack, you get an exclusive skate deck variant and other items for free. Players can still chat with other players via the Houseparty app, this integration was announced last month by Epic. This makes it possible for players to get a better look at their teammates and also players they suspect to be spies.

The Houseparty will be available for the latest Playstation 5 console, Playstation 4, Android, iOS & PC. Players will need to create an Epic Games account so they can be able to connect their House part account with it and then be able to chat with other players.