Download Emus4u App for iOS and Android devices for free in 2021, this application is a third-party app store that offers lots of Android, iOS games for free. We have shared how to install the app on your smartphone successfully, how to use it, and also fix several issues such as emus4u apps stuck on waiting for iPhone iOS 11, 13 & iOS 14. 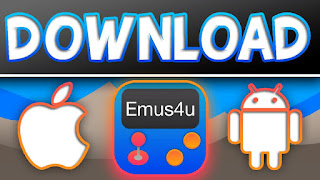 What is Emus4u App?

Emus4u is a third-party app store that has many apps and games available on official stores like Google Play & Apple Store. They also have access to lots of unpublished and disapproved apps such as Dancing Line, Nova 3, Godfire, e.t.c. Why this app is well known is because it is one of the few working third-party app stores available for iPhone (iOS) devices. Emus4u app can be downloaded for free on iPhone smartphones, you do not need to pay initial or re-occurring payments.

The Emus4u installer can be interchangeable with the 9Apps app, though you can hardly get 9Apps on iPhone, you can get Emus4u on your iOS phones (iPad, iPhone, iPod). Also, Emus4u doesn't provide a modified version of apps, rather they give you access to the direct apk, but sometimes you may see modified apps. With the Emus4u  app, you do not need to Jailbreak your iPhone devices like you would do if you were to use unauthorized apps like Cydia.

Emus4u features will inform you on what the apps do and why it is known to be the best alternative to get removed apps from Apple Store and Google Play Store. Below contains what you need to know, also the requirement so you do not download Emus4u for iOS and find out it doesn't support your phone.

How To Fix Emus4u Apps Waiting & Greyed Out

Emus4u stuck at waiting is an issue that occurs on iPhone (iOS) devices, this does not always happen, but when this happens, you should be aware such apps having this problem has been revoked by Apple and so you will have to check for updates from Emus4u official website which might happen to fix Emus4u apps waiting and greyed out bug.

Furthermore, the developer made sure to expatiate on this issue, they made it known that if users on iPhone face white screen or apps stuck at downloading, they should uninstall and reinstall the app. This fixes a lot of problems known on Android and iPhone, but if this fails to work, you can also clear app data and cache, but most times this issue that happens on iOS phones is a result of Apple tampering with the app's certificate.

Follow the steps below to install and download the game on any iPhone (iOS) phone of yours;

Follow the steps below to install and download the game on any Android phone of yours. This method can also be used to install Emus4u on PC via Bluestacks Emulator;

So Download Emus4u App for iPhone and Android to access a lot of premium and free apps not available on Playstore and Apple Store anymore. Tweaked apps are also gotten from there, the main users benefiting from this app are iPhone mobile devices because it does not need Jailbreak to make use of. Please subscribe to us via email and regularly check for such updates, kindly leave a comment below if it worked for you as it is expected to.
Related Apps:
PublisherWisdom UchePosted atFriday, April 02, 2021 Post a Comment
Labels#Apps