Samsung Galaxy Z Fold 3 and Samsung Galaxy Z Flip 3 full specifications that include the camera, price, display, and storage capacity. These devices will soon be unveiled at the Galaxy Unpacked event next week, so the complete specs have been leaked. 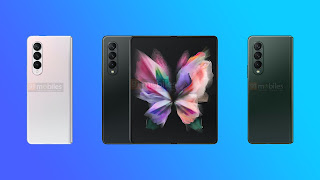 The Galaxy Z Fold 3 phone will come with a triple rear camera setup, it features a purple and a black color variant. It is also expected to be offered in Phantom Green, Phantom Black, and Phantom Silver colors.

The Galaxy Z Flip 3 will be featuring two rear cameras, which will be used as the front camera when closed. The device is expected to be offered in Cream, Lavender, and Phantom Black colors.

The Galaxy Z Fold 3 will run Android 11 with OneUI 3.1 on top of the box, it will feature a 7.6-inch Dynamic AMOLED main display with 2,208x1,768 pixels resolution, 6.2-inch Super AMOLED display, Corning Gorilla Glass Victus, and 120Hz refresh rate.
It will be powered by the Snapdragon 888 SoC, the RAM is 12GB LPDDR5 RAM, while the external memory supports up to 512GB of UFS 3.1 storage. 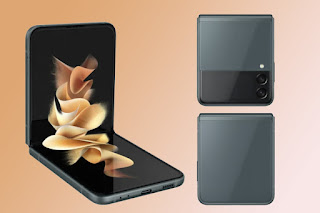 The Galaxy Z Flip 3 features a 6.7-inch Dynamic AMOLED foldable main display with 2,640x1,080 pixels resolution, Corning Gorilla Glass Victus protection, and a 120Hz refresh rate.
The outside display may feature a 1.9-inch display with 260x512 pixels resolution., while under the hood may be Snapdragon 888 SoC with 8GB of LPDDR5 RAM and external memory expansion up to 256GB of UFS 3.1 storage.
See Also: Samsung Galaxy S21, Galaxy S21+, Ultra Full Specifications
The camera setup is a dual rear, it includes a 12-megapixel sensor with an f/1.8 sensor and OIS and a 12-megapixel sensor with an ultra-wide-angle f/2.2 lens on the outside, while the inside features a 10-megapixel sensor with an f/2.4 lens.

The battery capacity is a 3,300mAh battery with fast charging and wireless charging support. The device is expected to weigh 183 grams., while the measurement is 166x72.2x6.9mm

Samsung Galaxy Z Fold 3, Galaxy Z Flip 3 leaked specs have been reviewed, we await an official annulment on the confirmed specs from Samsung when both devices will be unveiled at the Galaxy Unpacked event on August 11.